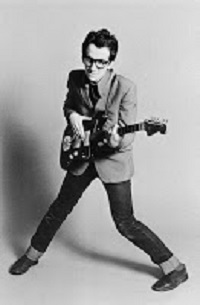 “As I stepped out upon the landing,

my heart was already down the stairs.”

Those may be the greatest opening lines in the history of pop music.

They’re from the song Next Time Around, by Elvis Costello. And Elvis is a master of the opening line. Here are just a few of them…

“Don’t tell me you don’t know what love is, when you’re old enough to know better.”

“Oh, I just don’t know where to begin”

“Don’t start me talking, I could talk all night”

“Some things you never get used to”

“It’s not open to discussion any more”

What do they all have in common?

First, they all start in the middle of the story.

Second, they all create curiosity.

Third, they all imply they’re about to pay off that curiosity.

That’s because – to paraphrase Joe Sugarman – the role of the first sentence in your email is to get people to read the second sentence.

Applying them to emails

In fact, I often start my emails the way Costello starts his songs. Here are just a few from emails I’ve written recently:

* I thought it was a slam dunk.

* I have a confession.

* For 20 minutes, I watched it go round and round.

* These sorts of clients drive me nuts.

Each one of these has seeds of curiosity. And each one is about to pay off that curiosity.

Try doing the same with your emails.